Morning came and breakfast was taken after a very sociable evening.
Kit on and off we went at 10.
A motley crew but fine people all the same.
Alan had booked pleasant weather despite the met Office prediction, and the group headed off to the Sealstones via Wood Moor. 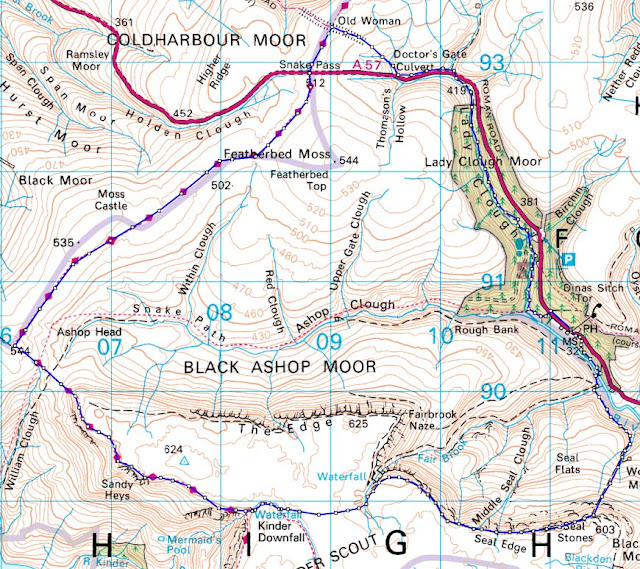 That’s roughly the route.
A stiff climb, just right for clearing the cobwebs began, with a brief pause at camp 1 before the summit attempt.


JJ arrives. No idea why he is looking so happy, but then again his knees are fine up hill. 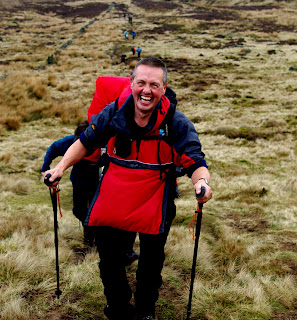 Chris arrives at camp one to prepare for the summit attempt 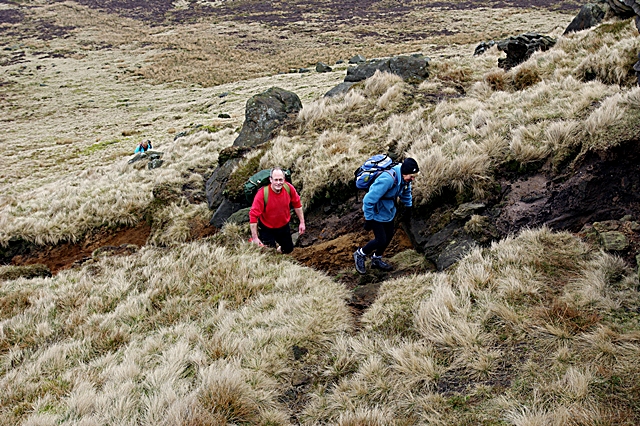 About 30 minutes in Alan had a little nap at Camp 1. 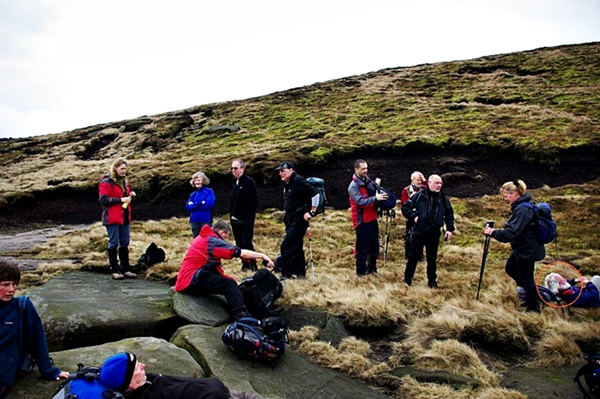 After a short rest up to the Seal stones and then along the ridge.
It was far less windy than the previous day, and a very pleasant walk. 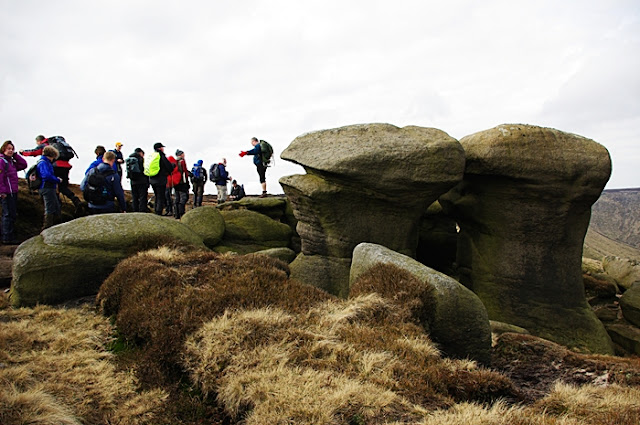 Terry was wary of Paparazzi! 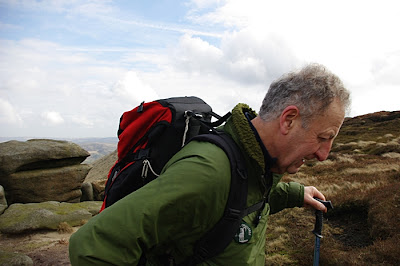 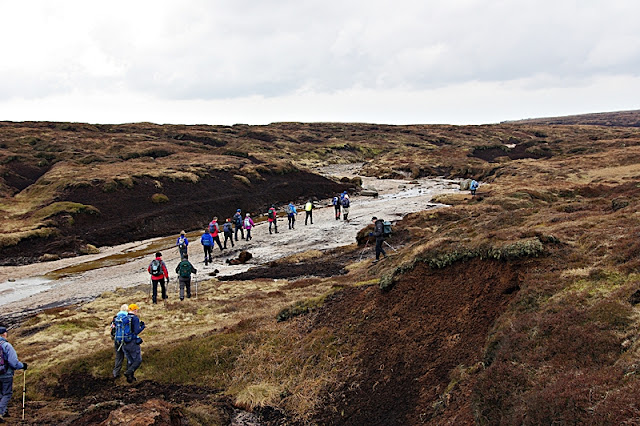 We departed the track to cut across to Kinder River and downfall.
It’s not the Monadhliath. You can tell because there are no Wind Turbines (Yet). 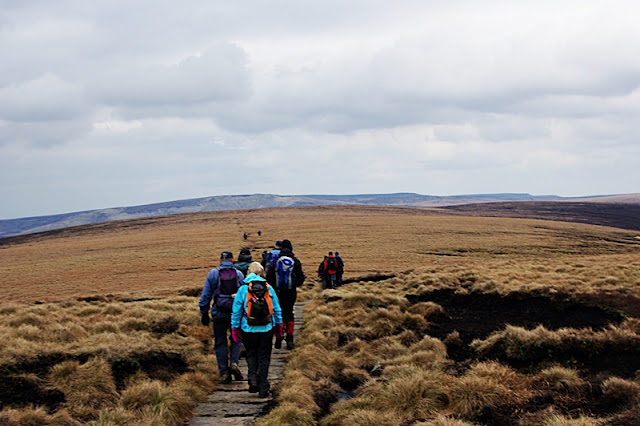 Heading along the Pennine Way to cross the road to the old woman.


For decency sake I thought it was best to avoid pictures of JJ needing to divert into the heather.


Apart from a 5 minute rain spell, which I managed to stop successfully by putting on all my rain gear, it was now a nice easy walk back to the Snake for a well earned rehydrate. 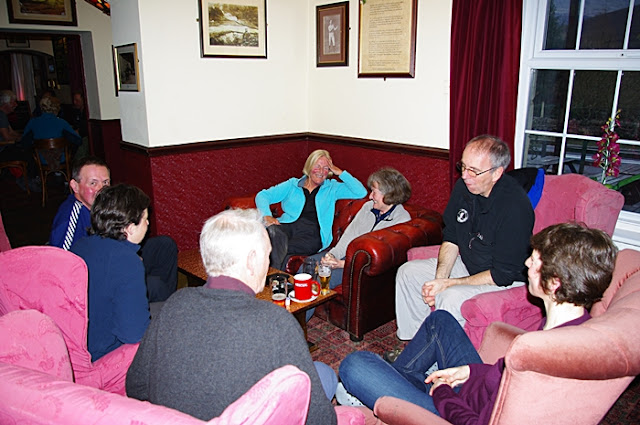 It wer a reet grand day!