A jolly fine weekend was had by all I think.
I drove up early to avoid the traffic, and managed to get in about 2.15 on Friday which gave me a chance since the weather was good to go for a stroll over Alport moor, from the track at the back of the Snake Inn. The ground was not as wet I I expected so I took a direct line up the hill from the gate over the heather to the left of the track round by the bothy Followed a fairly straight line out to Grindlesgrain Tor.
At this point a rather steep descent was required followed by an equally steep ascent. 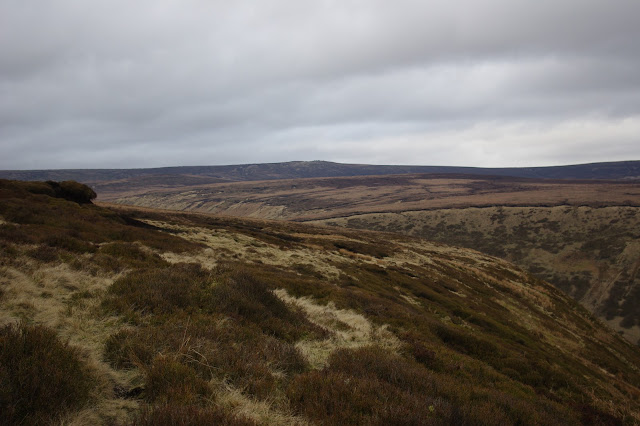 I followed a sheep track along the river Alport gradually gaining height, and picking up the track round to Alport Castles. 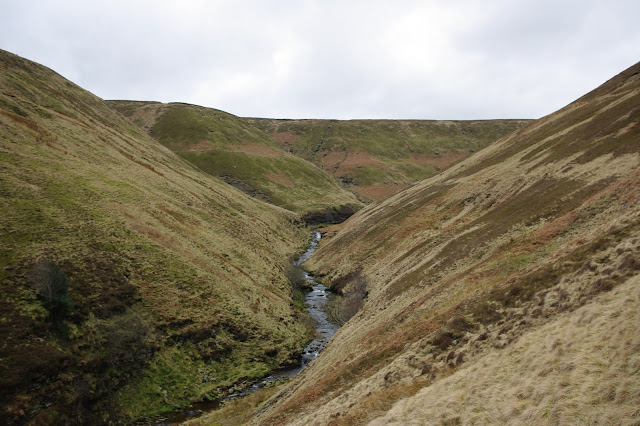 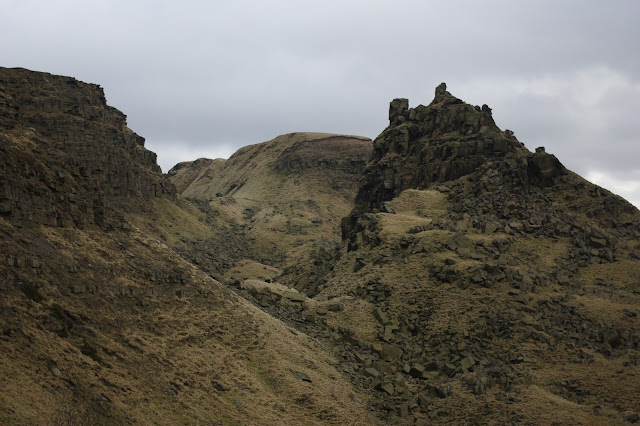 Interestingly gusty wind, but no rain.
Another descent down to Alport Castle Farm, and then the LRT to Hayridge Farm.
My plan to be back by 5 was now definitely under threat it being nearly 5.30.
However, the return along the bottom track was easy going, apart from a couple of hundred sheep that assumed I was going to feed them and insisted on following me for about 3/4 K. 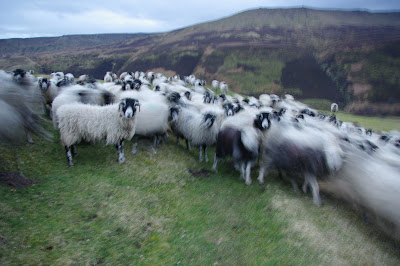 They looked very disappointed when I climbed over the sty. But they always look a bit disappointed. A final haul up by the edge of the forest and then round to the start point and down through the trees back to the Snake Inn.
I pondered on an immediate bath, but somehow the lure of a pint and chat dragged me to the bar.
Shortly arriving ….. Alan Hardy’s Kinder walk on Sat…..