Sun 20th Mar 2011 – A little ride and a little run
A little later today with the rising, mainly due to No 1 son (only son actually), having survived sleepover to watch UFC woke early only to crash on sofa. No 1 son is actually only son and would usually be playing rugby on a Sunday, but is currently recovering from rotator cuff and nerve damage injury to right shoulder. This is a problem with being a Flanker. He could have been a footballer and thus been able to feign injury whilst recovering from Prima donna syndrome,  but no he had to play a proper sport.. (I’ll get stick over that one).
Anyway, No 1 wife (currently only wife due to not being a bigamist or Mormon [note I am not saying that they are the same ok]) was selling cakes to raise money for Canada Rugby tour 2012, so breakfast duties fell to me.
So today’s activities did not happen until after 2.00pm. The morning spent in domestic duties, (that’s my interpretation), and slobbing about, plus selling my soul to Vodafone for 2 years for my daughters new phone.
I am considering getting a cash slot surgically placed in my forehead. There are other options for the placement of this, but due to an earlier issue with Piles (let’s not even go there let alone post images), the head seems a better location. Also this will stop me worrying about the economic implications due to removal of essential worry neurons, during the insertion of said cash slot.


So come 2.30 (ish) bike is ready, and I decide to head off to somewhere. This is difficult, because after the shock yesterday of discovering a CONTOUR, (Yes you heard it right) on my route, a lot of careful planning was required.
It was decided on a shorter route, because later the DOG (remember him) would require RUNNIES (that’s like Walkies but a bit quicker), down by T’Mill. 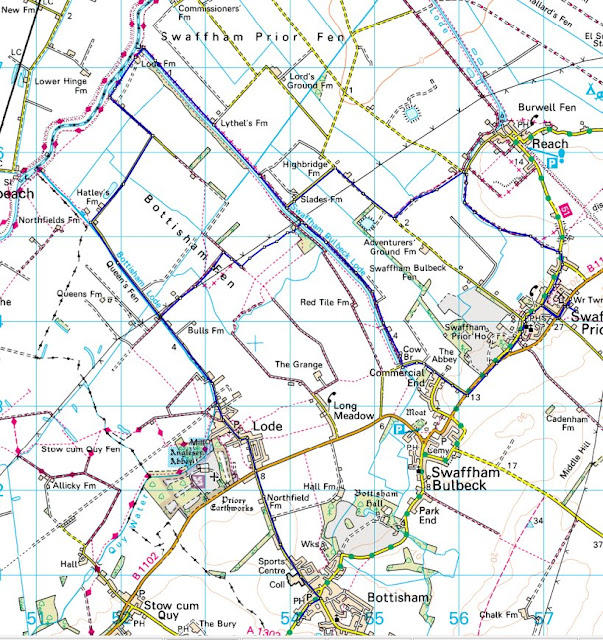 So I headed off into deepest Reach and Swaffham to try and find a real WINDMILL.


The route went to Lode and then along the Fen River Way.
This is interesting because the river, which is Swaffham Bulbeck Lode is higher than the surrounding land and track. 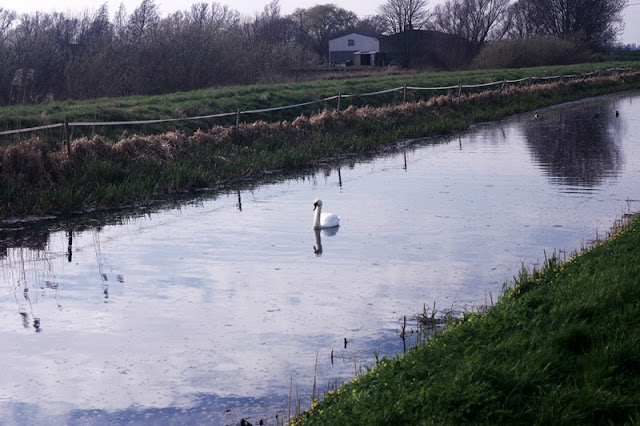 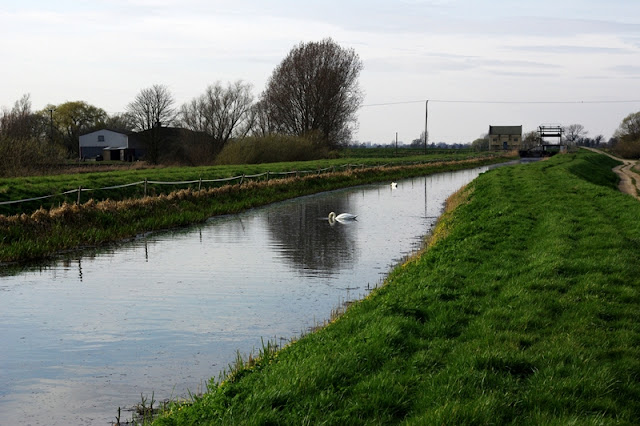 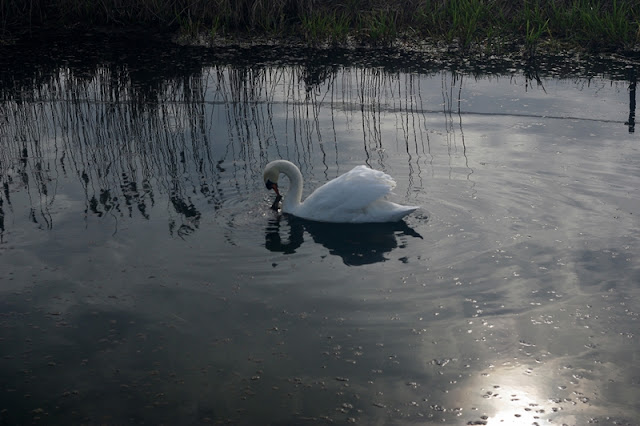 It would be a nicer ride if you could actually cycle along the levied bank, but although you can walk along it, the track is 2½m below the top of the bank.


On the way to Swaffham Prior you can see from the track the great Swaffham Plateau, which rises to nearly 10m above the track. 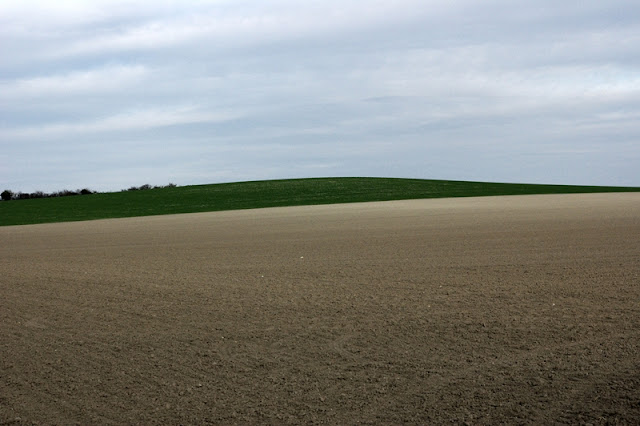 Some say that on a misty night you can sometimes see the Old Grey Man of Ben McA’Swaffham.
Actually I might be getting that mixed up with somewhere else.


Anyway, remember the Windmills? Well, I did find one in Swaffham Prior. Indeed two. 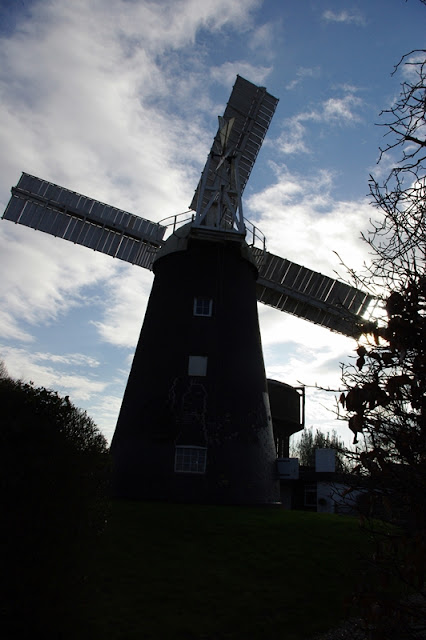 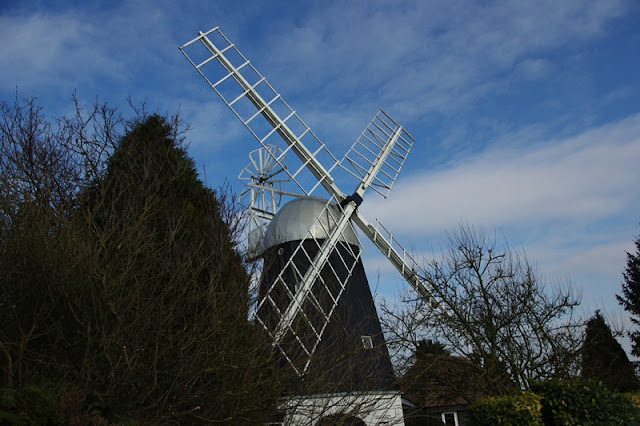 Now as far as I can make out these old WINDMILLS have a distinct advantage over WIND TURBINES (da dah daaaaaahhh!).


Firstly they were used for something that benefited much of the local community. And also after use, they can be converted into either a tourist attraction or even a domestic home. To add to this, they were NOT built in clusters of 20 or 30 or more.
I fear this will NOT be the case with the dreaded turbines.


It was a nice little bike ride and I got back just in time for everyone to leave (apart from the dog).


The sun was going down on the Fen horizon, and number 1 dog (yep you guessed it, only dog), was waiting to be taken out. So as the sun set, we wandered down by the Mill (yet again). 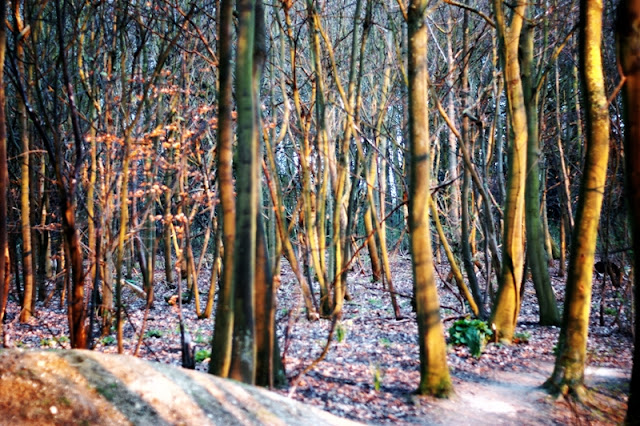 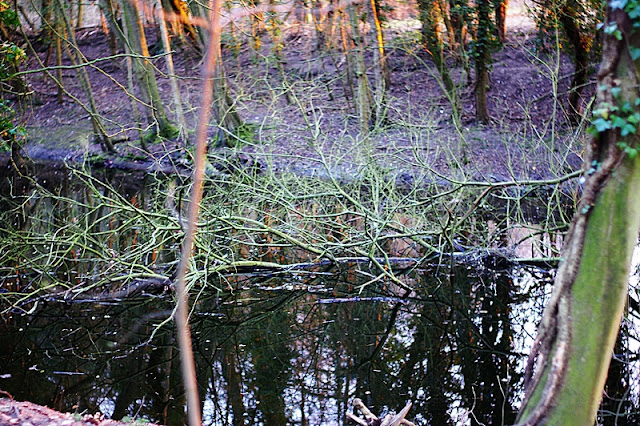 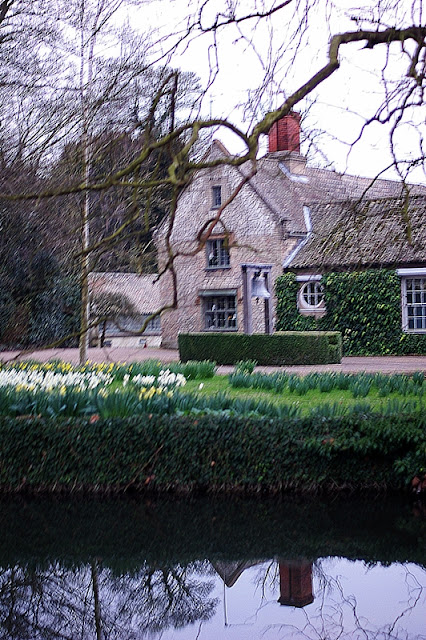 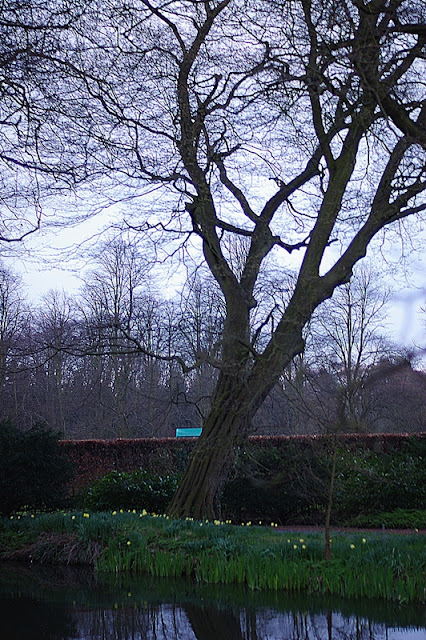 
So over and out. Have to go and do some work for the rest of the week to help pay for Harriet’s phone, and my children’s taxi service.

3 thoughts on “TODAY I HAVE MOSTLY BEEN CYCLING AND RUNNING”