Skip to primary content
It has been an interesting last few weeks.
Since I managed to recover (ish) from my excellent Christmas illness, everyone else in my house has been laid low with the dreaded lurgy.
Lucy has been ill.
Harriet has had a cough and sore throat for the 3 weeks,
and Olly has had the same thing to the point where he is now on antibiotics, and it’s driving him nuts.
So, all in all we are having a joyful time here.
Add to that the ludicrous amount of work I have had to catch up with.

I was going to write about the bloody trouble Al and I had trying to get any sense at all out of Scot Rail and bargain berths on the sleeper.
I might dedicate an entire blog to that debacle, but now is not the time.

Sadly winter down here has been and gone.
It was last weekend, and very very pretty it was (be it all brief).

And because of that here are few pictures from the Fens.

And now it is just grey and overcast and raining.
Bloody miserable!
Personally I preferred the snow.

Actually it is now spring down here (nearly), and the early knockings of little yellow plant things that have a name that I do not know and actually don’t care about, and what are probably snowdrops (minus the snow).


The difference a week makes …….

Talking of snow.
I bought Lucy some Snow Socks for her car at Christmas.
They are proving to be very useful (NOT).

And before anyone says that was much of a present, she also got amongst other things,
a rather fine North Face Arctic Parka which is apparently one of the best Christmas presents she has ever had. (And they were her words not mine, just so you know)
Of course I haven’t bought her a present for 15 years so anything is good. (That is a lie by the way)


So anyway, where was I. 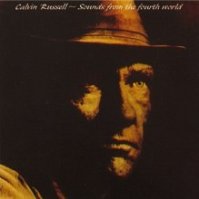 2 thoughts on “WINTER FOR A DAY”