See what I did there with that title?

T’was rather disappointing to not make the trip to Windemere
(we will have to do the Howgills as well, another time),
with Carl and Lynsey last week.

Having said that, the weather was SHIT.

And my Calf Muscle was nowhere near ready due to my own repeated stupidity the previous week.

So since the water levels were up, and I had tweeted Carl for a short walk round the converted gravel pits (now Fen Drayton Lakes), we agreed to meet up at 10.30 (ish) and go for a short walk.

I managed to persuade my daughter Harriet to come as well.
It was a close call.
She had only got up just after nine, and getting ready for H (I love her really) does take place on a Galactic Timescale.

But at 10.15 only 10 minutes late, we set off on the short drive to meet Carl.
Luckily when we got there 5 minutes late, Carl was not there either.

It was under water!
So we turned around and parked up along the old track a few hundred metres (yards in old money)  and went for a short walk.
We had a look in the car park.
Just long enough for small children and one big one to wade in the flooded water. Carl’s two children Hope and Ashley were getting used to my two dogs
(Jasper 13 years & Hamish 21 months).

Jasper has a fine smile that is mainly huge teeth.

We strolled a rather short distance up an extremely muddy track.

I have pilfered a couple of Carl’s Tweeted pictures here. Hope that is OK Carl

Carl’s children and Harriet’s feet got stuck in the mud.

Wellies were likely to get lost.

And after about 300 metres of MUD, we encountered 3 foot deep water all the way across.

About face and back we went.

Maybe that wider gravel track to the right near the cars may be a better idea????

We had a rather fine short walk along the track, observing a lot of water and bird life on both sides, and eventually after avoiding far too many people who thought it was much easier to drive bloody everywhere in a car (lazy bastards), we came to the guided bus crossover track.

We stopped here, and I dug out and fed Carl’s children Jelly Babies.

The special orange ones for optimum food colouring manic overload.

All the way back Puddle jumping 🙂

Here are some of the photos of the views 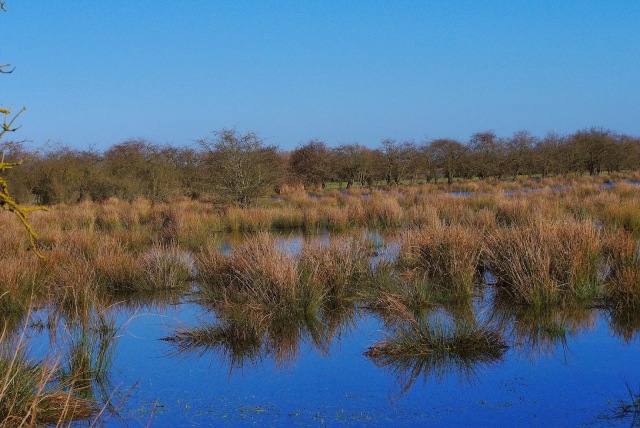 After the Jelly Baby fix, we headed back.
I had a brief chat with a chap on the other side of the track about the flooding and the Fens, and then allowing just enough time for
the Orange Food Colouring to take effect, we splashed our way back through puddles to the car.

With some more rather fine scenery 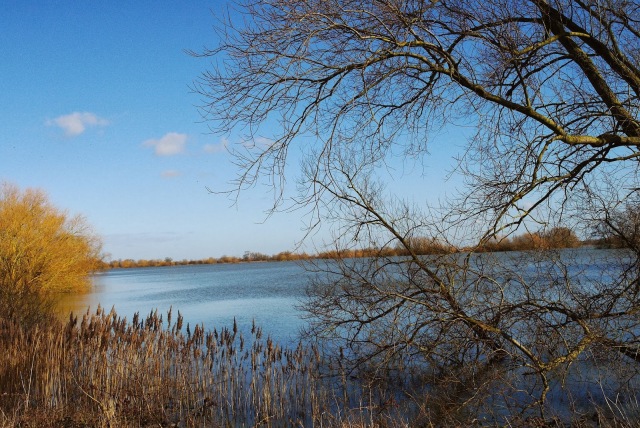 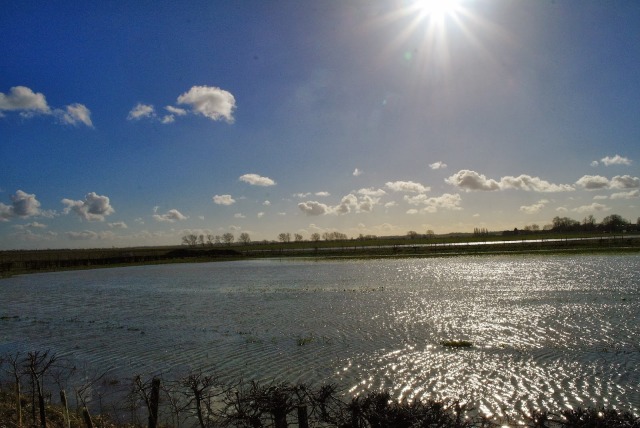 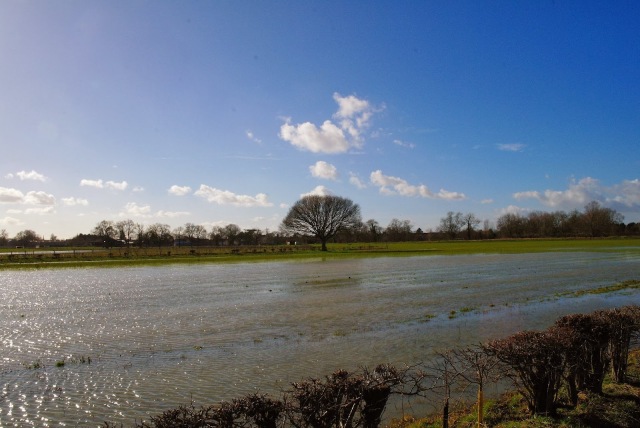 And then we were back at the car. Time to go home
It was a rather excellent short walk.

Carl’s two had taken to the dogs.
Even the smiling one.

I was scheduled for a 28 mile off road bike round to Wicken Again in the afternoon.
Well, someone had to do it, and the weather was just too good to ignore.
Especially in light of the forecast for the rest of the week.

So, Thanks Carl, and I believe Hope and Ashley came down from
the Orange Sugar High some time later in afternoon.